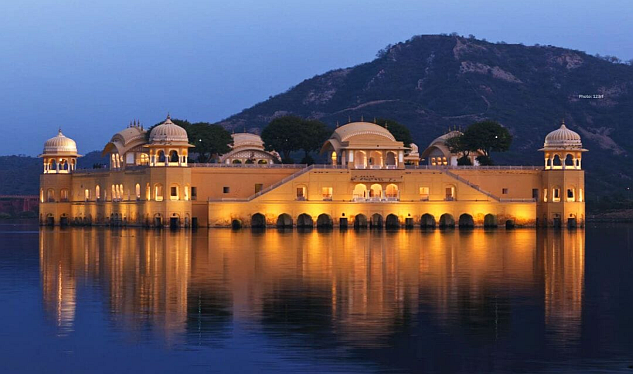 One of the most delightful aspects of a visit to the ‘pink city’ is the culinary delights of Rajasthan, the main cuisine of Jaipur. The capital of Rajput kings had an impressive array of mouth-watering delights, kept closely guarded by the royal chefs. Some of them have been passed on through generations, sadly the rest have been lost.As a matter of prestige the royal cooks were encouraged to experiment and serve unusual dishes to guests. Legends tell tales of cooks trying to impress their guests by presenting at least one unforgettable item on the menu. The royal guests were served savory dishes made from stuffed camels, goats and peacocks. The food was served in gold and silver utensils, scores of utensils used each serving.Jaipur is a city of royalty, a land which has served rich food to the Kings and queens of the royal family. The imperial kitchens of Rajasthan used to employ ‘Khansamas' (the royal cooks) to make the best gastronomy. The Pink city still serves the best delicacies to its residents and tourists. If you are planning a trip to Jaipur, leave your worries aside as the city has myriad number of restaurants. Almost all the restaurants serve every type of cuisine, so you need not to think about what to eat.Jaipur is famous for its Dal Batti, Churma, Mawa Kachori, Ghewar, Mirchi Bada, Rajasthani Subji and different kinds of Chapattis.Typical dishes include Dal Baati Churma, Missi Roti. Sweet dishes include Ghevar, Feeni, Gajak, Chauguni ke laddu, Moong Thal.Dal Baati choorma, popular name for a preparation comprising Dal and Baati, is a very well known dish of Rajasthan.Recognized as a Rajasthan speciality, Dal-baati-choorma is a wholesome Rajasthani meal. Dal, or lentil curry, is served with Baati, a roundel of stuffed flour that's baked in a charcoal fire or oven. Choorma is a sweet dish made with flour, jaggery or sugar and ghee.

Baati is basically hard bread made up of wheat powder commonly known as aata. First we mesh wheat powder with little bit of salt and water. Then we prepare tennis ball size round balls of this mixture and put it in well heated cow dung cake. After it gets brown color it’s been taken out and stuffed in Ghee. Baati comes in varieties acts as a substitute for rotis. You could opt for plain baati, or try the more exotic masala, dry fruit or missi baatis. Baati is made out of wheat flour, millet or a mix of maize and wheat flour, with loads of ghee.There is also an unending variety in churma – the color of which depends on the ingredients.