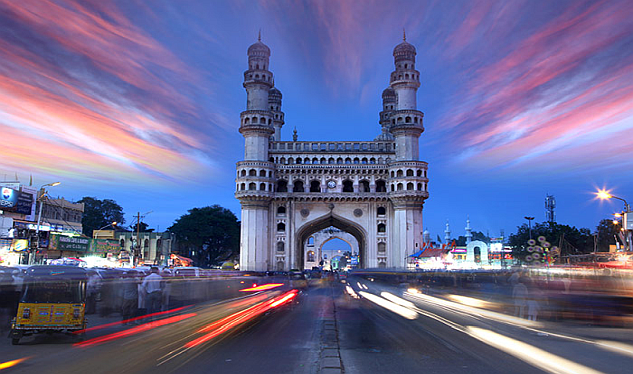 The Hyderabadi cuisine is an amalgamation of Mughal, Turkish, and Arabic along with the influence of the native Telugu and Marathwada cuisines. Hyderabadi cuisine comprises a broad repertoire of rice, wheat and meat dishes and the skilled use of various spices, herbs and natural edibles.

Hyderabadi cuisine has different recipes for different events, and hence is categorized accordingly, from banquet food, for weddings and parties, festival foods, and travel foods. The category to which the recipe belongs itself speaks of different things like the time required to prepare the food, the shelf life of the prepared item, etc.

The modern cuisine was evolved during the Nizams in the mid-17th century, and elevated to a sublime art form. Hyderabad has a history of continuous influx of migrants from all over the world and in general from the Indian sub-continent, particularly since 1857. Most of the foreign food had been improved to suit the culinary preferences, resulting to form the unique derivative cuisine that excels over the original. Biryani (Turkish) and Haleem (Arabic) for instance is prepared all over India, but the Hyderabadi variety is ultimately from the Hyderabadi Biryani and Hyderabadi Haleem. Til ke chatuni with Arabic tahini, Persian dried lamb with beans is modified with dalcha, tandoori naan of Uzbek (Central Asia) to create Sheermal. Most of the modern day desserts in Hyderabadi cuisine were introduced and invented during the times of Nizams, today that had become an integral part of cuisine.

Hyderabadi cuisine is an integral part of the cuisines of the former Hyderabad State that includes the state of Telangana and the regions of Marathwada (now in Maharashtra) and Kalyana-Karanataka (now in Karnataka). The Hyderabadi cuisine contains city-specific specialties like Hyderabad (Hyderabadi biryani and Hyderabadi Haleem) and Aurangabad (Naan Qalia), Parbhani (Biryani and Tahari), Bidar (Kalyani Biryani) and others. The use of dry coconut, tamarind, and red chillies along with other spices are the main ingredients that make Hyderabadi cuisine different from the North Indian cuisine.