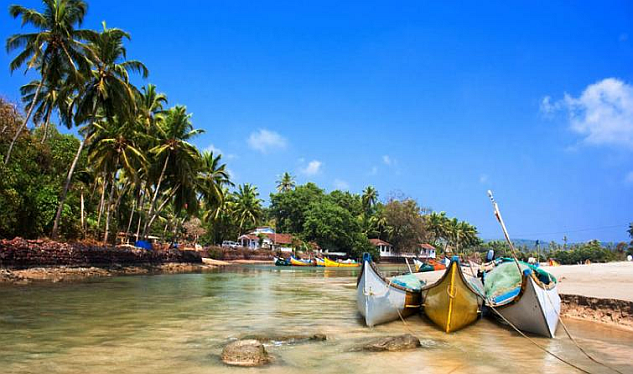 Goan cuisine consists of regional foods popular in Goa, an Indian state located along India's west coast on the shore of the Arabian Sea. Rice, seafood, coconut, vegetables, meat, pork and local spices are some of the main ingredients in Goan cuisine.

The cuisine of Goa is a delicious reflection of its history and heritage. It is influenced by its Hindu origins, four hundred years of Portuguese colonialism, and modern techniques. No other cuisine in India can claim such contrasting influences. Seafood, coconut milk, rice, and local spices are main ingredients of Goan cuisine. Being a state with a tropical climate, the spices and flavours are intense. Use of kokum is another distinct feature. Goan food is considered incomplete without fish, Rice and fish-curry is the staple of most Goans.

Kingfish (Vison or Visvan) is the most common delicacy. Others include Pomfret, Shark, Tuna and Mackerel. Among the shellfish are Crabs, Prawns, Tiger Prawns, Lobster, Squid and Mussels.The Portuguese have had a pronounced influence on Goan cuisine. They introduced Potatoes, Tomatoes, Pineapples, Guavas and Cashews. But the most significant contribution is the introduction of the spicy Peri-Peri Chilli, which is the most important part of Goan spices.