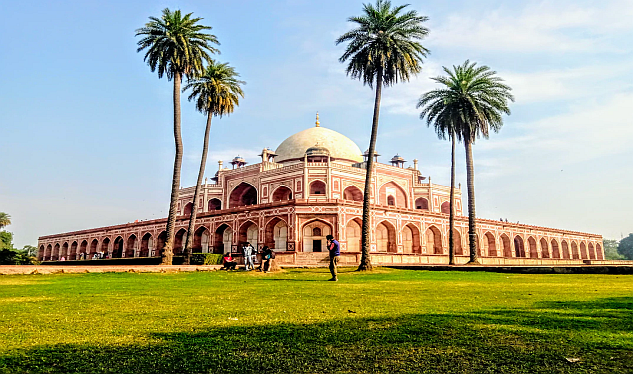 Food culture in Delhi is a mixture of North Indian food, Mughlai Cuisines, Punjabi food and mouth-watering street food. It also includes a variety of cuisines from different parts of India.

The Turko -Afghan invaders of Delhi were fond of lamb and poultry but their food was not very spicy, and peppercorns were used to liven a dish. The Mughals, who came thereafter, favoured various types of meat with ghee, curds & spices. They were fond of fruits and they imported grapes and musk melon from central-Asia. What is today termed "Mughlai food” in Delhi has little resemblance to what the emperors ate. It is a blend of Punjabi & Mughlai cuisine, standardized so much it tastes same all over the city
Delhi has people from different parts of India, thus the city has different types of food traditions; its cuisine is influenced by the various cultures. It was once the capital of the Mughal Empire, and it became the birthplace of Mughlai cuisine. Punjabi food is also very much popular due to dominating Punjabi communities. Delhi cuisine comprises all types of dishes. Centuries of global trade, colonization and conquest have made the city one of the most multicultural cities in the world & made Delhi, the mecca of multicultural cuisine,